A Touch of American Metropolises in Your Home

Decorate Your Trolley, Your Plane, Your Car, Your Luggage or… With WWII Nose Art

In 2015 four wealthy businessmen from Singapore and Taipei got together and hatched the plan to create a new airline.

Their idea was to connect some of the most important aviation hubs in the Far East with a fleet a Jumbo Jets. They would all be configured in just one class – international business class. In the following months they defined more details and had a staff of aviation experts create the operating and marketing plans.

At the time, the purchase prices for used four engine Boeing 747s on the market for used airliners had come down considerably. The established airlines worldwide had started to get rid of them as they were switching to twin engine models like the Boeing 777 or Airbus 330. The twins offered much better fuel economy per seat mile compared to the 747. However, fuel prices had come down considerably at the time, and it seemed to be viable that the abandoned 747s could have some more useful years in the niche market that connectJet was planning to fill.

Unfortunately, and against all expectations, during the phase of detailed planning, the oil prices started to rise again. Also, it turned out that maintenance cost for the 747s would be higher than anticipated. And then, there were a number of regulatory problems which proved to be difficult to solve.

Although some equipment and supplies had already been ordered and delivered, the founders decided to rather pull out of the deal as – after a closer look – they deemed the financial risk too high.

All that is left from the high-flying dreams is a number of SkyCarts which we can offer to the public, brand new, fresh from the box, but at fantastic savings as a surplus deal: https://myskycart.com/connectjet.php 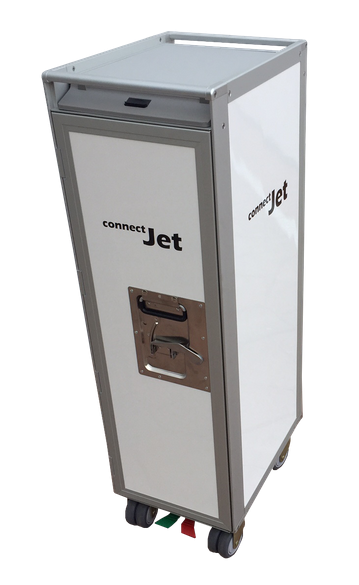 A Tiki Bar for Your Home!